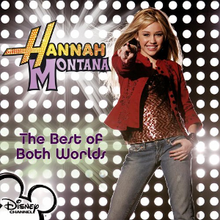 Miley Ray Cyrus was born as Destiny Hope Cyrus on November 23, 1992 to Leticia Jean “Tish” and Billy Ray Cyrus in Nashville, Tennessee. She attended Heritage Elementary School and was raised a Christian, baptized in a Southern Baptist Church and wore a purity ring. At eight they moved to Toronto, Canada where she began singing and acting lessons at the Armstrong Acting Studio. Cyrus played as Kylie on the film Doc, and in 2003 played Young Rithie in Gig Fish by Tim Burton. And at twelve, Cyrus started doing Hannah Montana in Disney Channel.
Tish Cyrus sugned her daughter with director Mitchell Gossett at Cunningham Escott Slevin Doherty, and with Jason Morey of Morey Management Group, along with Billy Ray’s business manager for financial management. Cyrus went to Options for Youth Charter Schools.
On March 26, 2006 Hannah Montana premiered in Disney Channel which was a huge success, with Cyrus first single The Best of Both Worlds as the theme song. On April 4, 2006 Cyrus released Zip-a-Dee-Doo-Dah on the fourth edition of DisneyMania. She also opened The Party’s Just Begun Tour for The Cheetah Girls on September 15, 2006. Then on October 24, Hannah Montana soundtrack was released by Walt Disney Records. The album on the U.S. Billboard 200 chart ranked number 1.
On April 23, 2007, Hannah Montana’s second season premiered and ran until October 12, 2008. Cyrus then signed with Hollywood Records and released a double-disc album on June 26, 2007. The album was cetified three times platinum by the Recording Industry Association of America (RIAA). Then in Fall 2007, the Best of Both Worlds Tour was launched from October 17, 2007 to January 31, 2008.
On February 1, 2008, a 3D concert film Hannah Montana & Miley Cyrus:Best of Both Worlds Concert was released by Walt Disney Pictures, earning over $31 million at the box office. And on March 11, 2008 the soundtrack for the film was released by Walt Disney Records/Hollywood Records and peaked number three on the Billboard 200.
In April, along with her father, Cyrus hosted the 2008 CMT Music Awards. On July 22, 2008 Cyrus released Breakout which debuted number one on the U.S. Billboard 200, with lead single 7 Things at number nine on the Billboard Hot 100. In August she hosted the 2008 Teen Choice Awards, and on November 21, 2008 the film Bolt was released, with Cyrus as the voice of Penny. She received a Golden Globe nomination for the co-writing the song I Though I Lost You, a duet with John Travolta.
In September 2009 Cyrus participated in the Just Stand Up! Charity single for the Stand Up To Cancer campaign, and participated in the City of Hope Benefit Concert. Cyrus also joined an environmentalist group Disney’s Friends for Change, and recorded Send It On along with other Disney Channel stars.
In March 2009 Miles To Go memoir was released which was co-written by Hilary Liftin. Then on April 10, 2009 Hannah Montana:The Movie was released with Cyrus as the star.
The third Hannah Montana soundtrack was released, and Cyrus recorded The Time of Our Lives and released the single Party in the U.S.A.. The Time of Our Lives was released along with a clothing line for Walmart co-designed by Cyrus and Max Aria.
Cyrus embarked on the Wonder World Tour from September 14, 2009 to December 29, 2010 to promote Breakout and The Time of Our Lives. And on December 7, 2009 Cyrus performed at the Royal Variety Performance in Blackpool, North West England for Queen Elizabeth II and other members of the Royal Family.
On June 21, 2010 Can’t Be Tamed album was released, with Can’t Be Tamed single released on May 18, 2010. The Last Song starring Cyrus was released on March 31, 2010, grossing over $88 million worldwide. Then on July 11, 2010 the final season of Hannah Montana was aired, and ended on January 16, 2011.
As of December 2010, Cyrus is scheduled to star in the films LOL:Laugh Out Loud and So Undercover. The following year on March 5 Cyrus hosted the Saturday Night Live. Also in March, Billy Ray Cyrus confirmed on The View that his daughter has been talking with producer Dr. Luke for a new album.
Cyrus was in the number 10 on Forbes’ 2010 Celebrity 100 and in April was named by Maxim’s Hot 100 as the 64th hottest woman in the world. Also on FHM’s 100 Sexiest Women in the world, Cyrus was ranked number 89.
Cyrus is touring for the Gypsy Heart Tour from April 29, 2011 to July 2, 2011, proving to the world that despite the change in image and the challenges of growing up, she is an unbeatable force in the music industry.